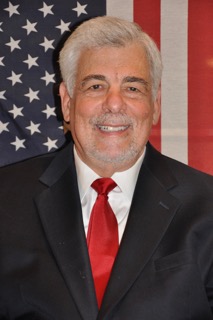 Leon (“Lee”) J. Schachter is Senior Counsel to the firm and formerly the Director of the Defense Office of Hearings and Appeals (DOHA).

At DOHA, Mr. Schachter was progressively a trial counsel, Hearing Examiner, and then Chief Hearing Examiner before being appointed Director in 1990. He was responsible for changing the title Hearing Examiner to Administrative Judge to better reflect their quasi-judicial duties, and for the supervision of DOHA Administrative Judges, trial attorneys, security specialists, and support staff. Notably, Mr. Schachter was also a principal architect of the current Department of Defense Directive 5220.6 – the framework for administrative due process in industrial security clearance cases at DoD and 20 other federal agencies. He sat on the committee charged with creating DoD’s Adjudicative Guidelines (the forerunner of the National Adjudicative Guidelines for all federal agencies); has testified before Joint Committees of Congress on security clearance due process matters; and extended DOHA’s jurisdiction to armed forces personnel security clearance cases. For his work at DOHA, Mr. Schachter received the Defense Exceptional Civilian Service Award.

Prior to his work at DOHA, Mr. Schachter served in DoD’s Office of the General Counsel, the Army’s Office of the Judge Advocate General, and the U.S. Department of Justice. He holds a B.S. Degree in Accounting from the University of Illinois and a Juris Doctorate from Northwestern University.

Mr. Schachter was most recently a consultant to the current Director of DOHA. He lives in the Washington, D.C. area and is a member in good standing of the District of Columbia Bar.