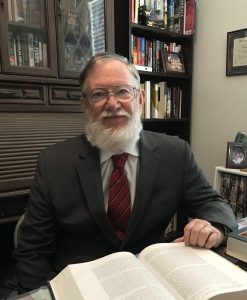 Judge (ret.) Jeffrey D. Billett is a partner in the firm and exclusively represents Bigley Ranish, LLP clients in security clearance denial and revocation cases before U.S. government agencies. He is formerly one of three Administrative Judges who comprise the Appeal Board of the Defense Office of Hearings and Appeals (DOHA) – the federal government’s primary adjudicative office for security clearance denials and revocations.

Judge Billett served on the DOHA Appeals Board from 1996 until his retirement in May 2016.  He then served as Of Counsel at Bigley Ranish, LLP until assuming partner status on January 1, 2022.  Prior to his service on the DOHA Appeal Board, Judge Billett was an attorney in private practice, a DOHA Department Counsel, and a Judge Advocate in the United States Air Force (Active Duty and Reserves). From 1998 – 2005 Judge Billett served as the Reserve Member of the United States Air Force Court of Criminal Appeals.

Judge Billett holds both his Bachelor’s Degree and Juris Doctorate from the University of Virginia. He is a member of the District of Columbia Bar.

Judge Billett splits his time between the Washington D.C. area and Florida.